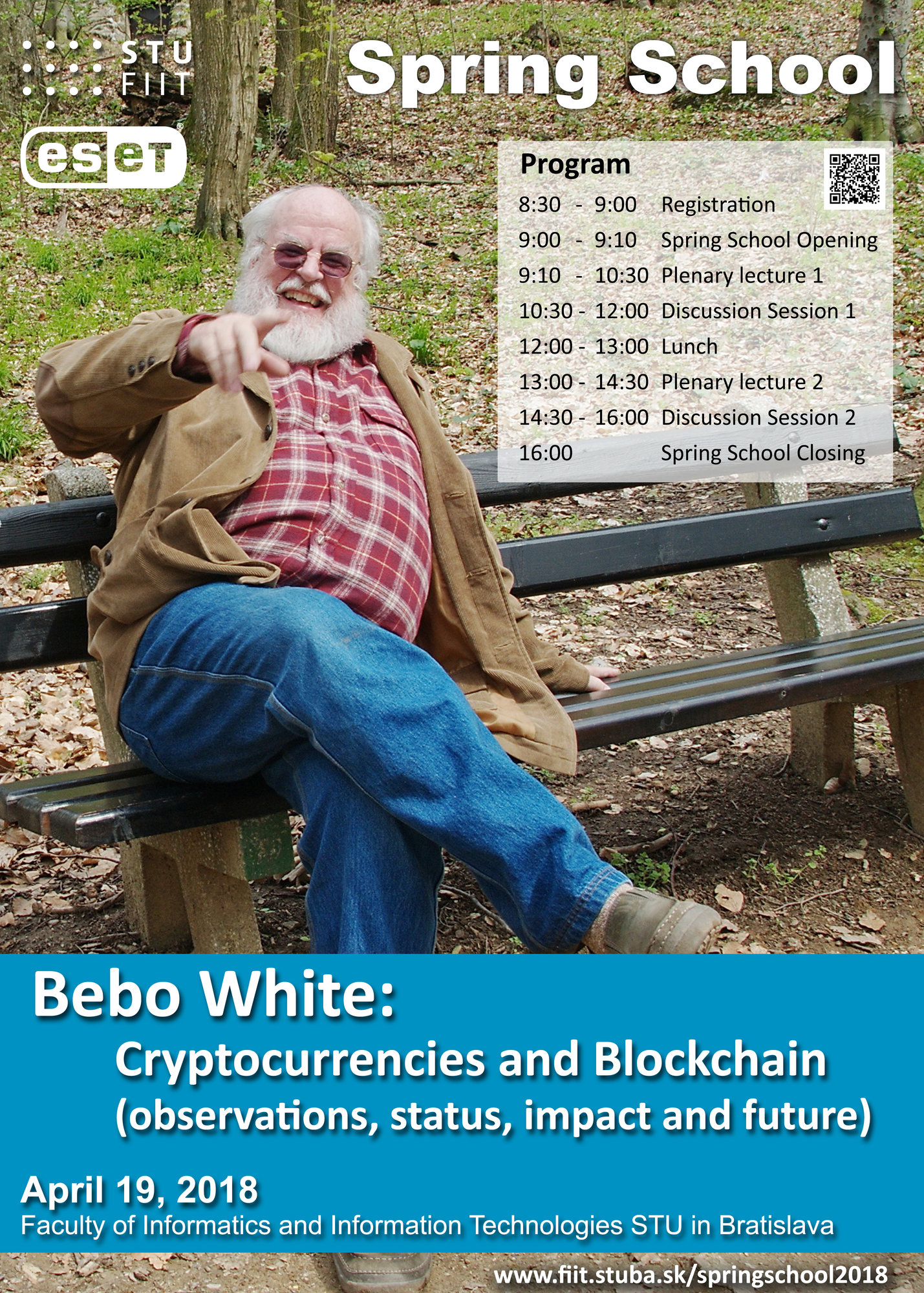 You are invited to meet a scientist,
often considered to be the "first American Webmaster"
and one of the founders of the discipline of Web Engineering.

Discusion sessions are only for PhD students and registration is closed.

It has been almost a decade since Satoshi Nakamoto wrote the original description of Bitcoin and Blockchain. Probably not since the birth of the World Wide Web has a paper generated so much discussion in the technology world. Bitcoin, and the other cryptocurrencies that followed, and Blockchain, its supporting platform, has its fair share of fervent supporters and vehement detractors who have engaged in lively and meaningful discourse.

This talk will bypass the technical details of how the Bitcoin eco-system operates and instead focus on its social, business, and technical implications for the future. It will discuss how systems such as the Ethereum platform have added powerful functionalities such as smart contracts and ICOs (Initial Coin Offerings). Finally, it will examine the legacy of Blockchain/Distributed Ledger technologies and how they might lead to a future re-thinking of network systems.

Bebo White is a Departmental Associate (Emeritus) at the SLAC National Accelerator Laboratory, the U.S. national laboratory for high-energy physics and basic energy science at Stanford University. Working as a computational physicist, he first became involved with the emerging Web technology while on sabbatical at CERN in 1989.

Upon his return he was part of the team that established the first non-European Web site at SLAC (the fifth site in the world). Ever since, his academic research interests have evolved in parallel with Web technology and he has become internationally recognized as a WWW pioneer and visionary. He is often considered to be the "first American Webmaster" and one of the founders of the discipline of Web Engineering.

In addition to his work at SLAC, he also holds faculty appointments at several other institutions, is a member of the organizing committees of a number of major conferences series, and is a frequent conference speaker and paper reviewer. The Association for Computing Machinery (ACM) has selected him to be a part of their Distinguished Speaker Program.

He is the author (or co-author) of nine books, and over 100 papers and journal articles. Bebo White has lectured and spoken internationally to academic and commercial audiences.